Pivoting through music and culture (with Tamara Konstantin) 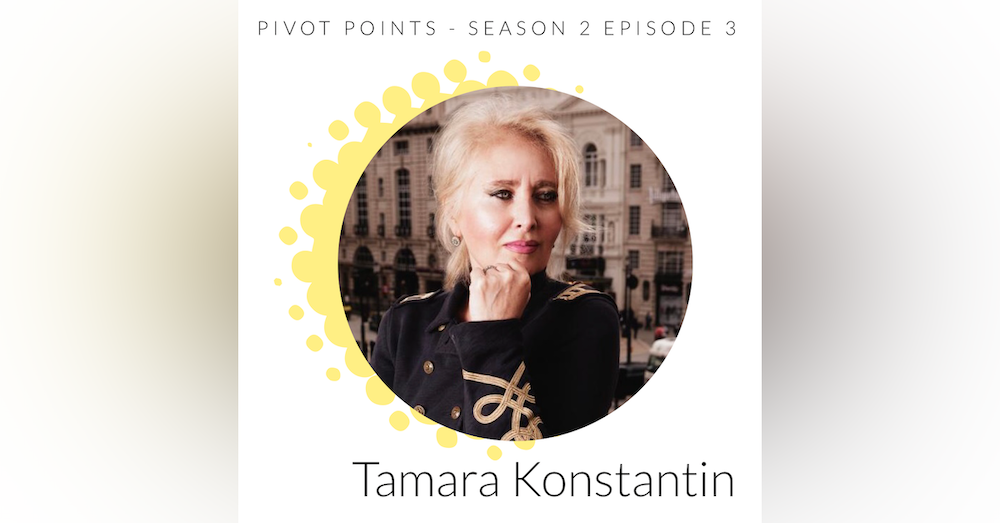 In this episode I speak with the composer and pianist Tamara Konstantin.

She recently performed her romantic piano compositions before Grace Jones's headline act and a star studded audience at the ICON gala at London's Landmark Hotel where the worlds of fashion, show business and music joined forces to raise funds for NHS Charities Together and WellChild.

Tamara learned to play piano as a child growing up in Georgia. After attending a special music school for gifted children, she continued her piano studies at the Tbilisi Music Academy where she performed with the State Symphony Orchestra of Georgia and gave many solo recitals. Surprisingly Tamara did not seek a career as a classical pianist, but chose to take a linguistics degree at Tbilisi State University before becoming the first female political commentator on Georgian television.

Tamara's next 'pivot' was when she switched careers again and moved into the oil industry to help companies negotiate their strategies in the former Soviet Union and Central Asia; she eventually became Vice President of Business Development for an oil company.

Fate took a hand however and marriage to an Englishman brought Tamara to the UK where she found home in the beautiful Dorset countryside and with it her way back to music. When Tamara complained to her husband about a modern atonal piece of music performed at a concert they attended he challenged her to write something better.  She rose to the challenge and an intense period of creativity followed.

In 2016 'Inflections' - Tamara's much acclaimed debut album was released to huge acclaim. The album was nominated CD of the week by Lady Magazine and compositions from it have been played on Classic FM, BBC Scotland (Classics Unwrapped) and BBC Solent.

Three years later Tamara’s second album, 'Reverie' was released. Next month Tamara's third album is being released by Last Man Music. It is perhaps her most personal endeavour to date because it was produced during the global crisis and reflects the pain of lockdown. As she says: "It is a personal message of love, hope and affection to the people and places closest to my heart and the heartache of not being able to see my son and his family. I have tried to evoke feelings that most of us will recognise, including a sense of loss and heartbreak juxtaposed with the empowerment of love, hope, family and community.”

Several pieces on the album evoke the anxiety and isolation caused by the Covid-19 epidemic. There are compositions that cleverly translate into music the beauty of her beloved home county of Dorset and the natural beauty of places further afield including her native land of Georgia.

The new album demonstrates Tamara’s electric creativity and fuses her love of Chopin’s romanticism, Rachmaninoff's strength and Beethoven’s dynamism with her own mesmerising and passionate compositions and operatic melodies. Overall, the work is a testament to her belief in the power of music to console, to uplift, and to bring people together whether in joy or sorrow - the power to help us find a spirit of Resilience.

The album showcases Tamara's vision, prodigious talent and ability to speak through music and was written for and performed by Tamara's piano trio who perform together under the name 'The Three Graces' which includes the immensely talented violinist Elly Suh and acclaimed cellist Jiaxin Lloyd Webber.

The album 'Resilience' will be released by Last Man Music on November 5th. The single 'The Elixir of Life' is out on October 5th and you can have a listen here: https://s.disco.ac/qnymwixevecj